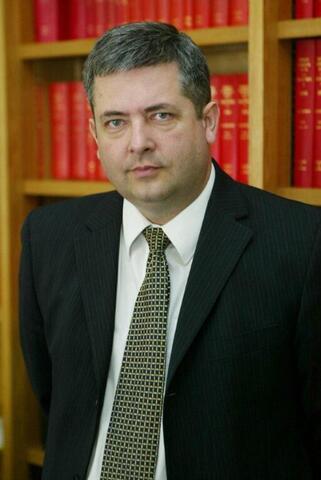 The Rt Hon Frank Mulholland QC, who recently stood down after five years as Scotland’s Lord Advocate, heads a high-quality list of speakers for the Autumn/Winter term announced by St Andrews Business Club.

Local business people are being invited to join club members and their guests on 12 October to hear Mr Mulholland, who served as Lord Advocate from May 2011 to June 1 this year after four years as Solicitor General, talk about his career and the lessons he’s learned along the way.

It has included leading the prosecution in HM v Transco plc - the first prosecution in Scotland of a public company for culpable homicide – as well the Glasgow ‘Ice Cream wars’ appeals and the World’s End murder trial. Mr Mulholland holds the distinction of never having lost a criminal case and is due to become a Judge in the High Court and Court of Session later this year.

His will be the first evening talk of the term, to be held at the New St Andrews Golf Club from 5.30pm. The other evening talk will be given on November 2 by Professor Verity Brown, Vice-Principal (Enterprise and Engagement) at the University of St Andrews.

Professor Brown’s talk ‘How does a modern Ancient work?’ will describe how the university is organised, managed and run and try to demystify it as well as provide information about aspects of the workings of Fife’s second largest employer which are less well-known. It’s also open to non-members to attend.

Speakers for the club’s Autumn breakfast meetings for members and their guests start with Mark Robinson, Director of LEAN at the University of St Andrews and Managing Director of St Andrews LEAN Consulting Ltd, on September 21. He will explain the benefits of the lean approach to continuously improving organisational processes.

On October 19, Allan Bowie, President of NFU Scotland will speak on the impact of Brexit on the rural economy and other issues affecting local farmers. The final breakfast speaker of the term will be Rhonda McCrimmon, Manager of BID St Andrews, who on November 16 will outline BID’s achievements since the Board was elected in November last year.

Each of the breakfast meetings will now start at 7.30am with 30 minutes networking before breakfast is taken and the speaker starts. Non-members wanting to attend any of the breakfast talks can email the club on standrewsbusinessclub@gmail.com.

Full details of all the talks and how to join are available on the club’s website at http://businessclub.standrews.co.uk/