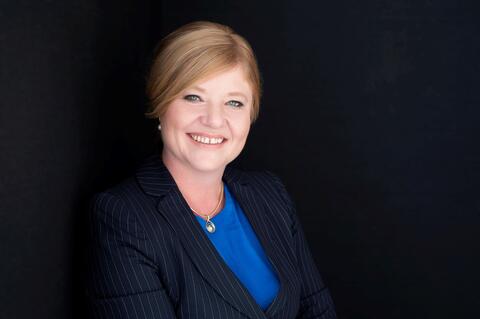 The 2017 AccelerateHER Awards, open to entrepreneurial women-led businesses based in Scotland, provides a fantastic opportunity for growth aspiring businesswomen to showcase their companies before an audience, which includes angel investors, commercial advisers and fellow entrepreneurs. The competition gives participants an ideal platform for attracting business angel investment with at least two finalists securing a trip to California next April.

Based on the unprecedented success of the inaugural AccelerateHER Awards, staged earlier in 2016, this is the second year the Scottish-based business angel group Investing Women have run the initiative.

The Award’s winners also benefit through access to US and wider international market opportunities and will be directly connected with potential financiers from across the globe who are gathering at a summit of investors in San Francisco.  The winners will also work with Susan Preston, a global business figure who was a keynote speaker at Investing Women’s 2016 Ambition & Growth Conference, and Gwen Edwards a key player in Silicon Valley.

Entrants will initially be asked to submit a video pitch via the Investing Women’s website outlining their business, its ambitions, growth plans and investor potential. All those who register will access free professional pitch advice and webinar training, with the finalists also accessing 1:1 coaching to harness their creativity and improve their presentation style.

A panel of highly experienced judges will then review the submissions and draw up a shortlist of 12 entrants who will present to a panel at the end of February 2017. From there six participants will be invited to the Investing Women Ambition and Growth conference in Edinburgh on 9 March, 2017 where they will make their pitch to an audience comprised of some of the country’s most successful business leaders.

Further information on the 2017 AccelerateHER Awards is available at: www.investingwomen.co.uk/2017entries

Jackie Waring, CEO of Investing Women, said: “We are delighted to be launching our second annual AccelerateHER Awards programme and would urge all aspiring female entrepreneurs to consider putting their businesses forward.

“The tremendous response we had for the inaugural 2016 awards, where we attracted an impressive 105 entrants, shows just how much dynamism and passion there is within Scotland’s female entrepreneurial community.  The awards also provided a great platform for so many of the women who participated with four of the six finalists in March having gone on to secure over £2m worth of growth financing between them since their involvement in the programme.”

“We are keen supporters of the AccelerateHER Awards which help uncover and promote some of the great female entrepreneurial talent in Scotland. While the Scottish business angel market continues to be more buoyant than most, the efforts of groups like Investing Women in encouraging and supporting more businesswomen to thrive provides a huge benefit to both the individual entrepreneurs and the wider Scottish economy.”

Alex Feechan, CEO of sportswear firm Findra, was a finalist at the 2016 AccelerateHER Awards and will be on hand to help launch the 2017 programme on Monday. Her company, which designs, manufactures and sells bikewear and outdoor apparel for women, has since gone on to secure £200,000 in angel investment from TriCap and Investing Women. The Innerleithen-based business, which currently employs seven people, has doubled its turnover in the past year, increased its wholesale customer base and will open its first retail premises in the Scottish Borders town in early 2017. While currently focused on the UK and Scandinavian markets, Findra has wider global growth ambitions in the longer term.

Alex said: “As a business we have not looked back since being involved in the AccelerateHER Awards and I’m therefore delighted to be involved in launching the 2017 programme.

“These awards gave me a great platform to showcase Findra and put me in front of so many inspiring people offering great advice and financial support to help realise my growth ambitions for the business. Meeting so many fellow businesswomen was also hugely beneficial in extending my support network, something I believe is crucial for female entrepreneurs.”