A Showcase of Fife Food & Drink in London 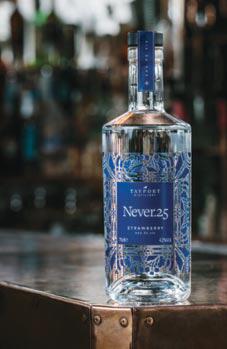 As part of a Food from Fife delegation, five Fife businesses have recently returned from representing the region at one of the UK’s biggest food and drink trade shows with support from Fife Council Economic Development’s Trade Development Programme.

Immediately after the event, Tayport Distillery, which produces Never.25, said that “it was a very enjoyable and worthwhile show”, and in total, over 284 enquiries were generated by the five businesses during the three-day event.

The Speciality & Fine Food Fair took place at London’s Olympia in September, and attracted an audience of more than 9,000 with food and drink buyers looking to source the latest in speciality, artisan and fine food and drink, alongside decision makers from retail, hospitality and distribution.

Jane Stewart of St Andrews Farmhouse Cheese Company, who recently won Food Entrepreneur of the Year at the Scottish Women’s Awards, commented: “Marketing is an essential element for any business but often a rather daunting challenge for a small business such as ours, to be able to afford the vast sums of money required to attend trade shows. We found the Speciality & Fine Food Fair to be useful – orders for our cheese were placed at the Show, and the follow up enquiries have been very positive. We know that the benefits of attendance at an event such as this take a number of months to materialise, but we are very happy with results so far.”

Jane added: “It is a real privilege to be a part of the growing food scene here in Fife, and we relished the recent opportunity to showcase our cheese amongst the wealth of produce that Scotland in general – and Fife in particular – now has to offer.