Trisent secures funding to develop a self writing diary app 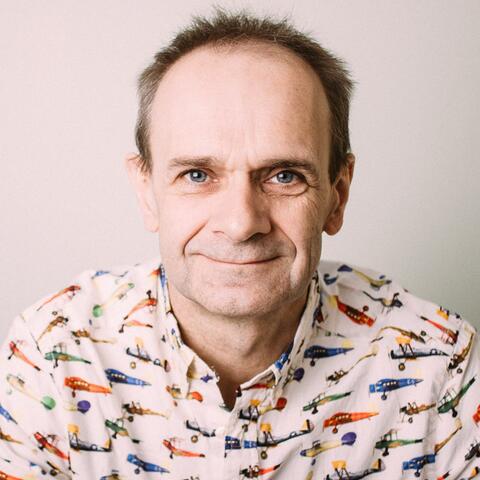 Trisent, Fife-based start-up software company, has secured a £99,370 SMART: SCOTLAND Feasibility grant through Scottish Enterprise to develop a unique self writing diary that runs on a mobile phone.

The lifestyle app market is worth $4.4 billion and Trisent's funding will be used to develop and test beta version of their diary app that runs in the background of mobile phones and automatically publishes your daily diary without you having to lift a finger.

The company will launch a beta app in early 2017 to gain feedback from early adopters. Equity investment will then be used to fully develop and market a commercial version.

Dr Gordon Povey, CEO, serial entrepreneur and founder of Trisent, already has a track record of success when it comes to developing mobile technology and taking it to market; a previous venture, which deployed continuous location technology for mobile phones without relying on expensive GPS hardware, was sold to telecom software specialist, Artilium plc for £1.7 million in 2008.

Povey, who is from Kirkcaldy, says: "This current grant from Scottish Enterprise, along with my own investment, has enabled us to launch the new company and engage with our software development partner, Planys Mobile, to fully develop the beta app and conduct extensive user tests.

"I developed and tested the first self writing diary app more than a decade ago when smart phones were in their infancy. However, not many people had suitable phones then and mobile data networks were not reliable, so it was not commercially viable.

"In the past decade the technology has improved significantly and almost everyone has a smartphone. There is emerging competition in the form of lifelogging apps but Trisent's app is very different because of the unique self writing diary algorithms that are being developed."

Jim Watson, Innovation and Enterprise Services Director at Scottish Enterprise, said: "We are delighted to support Trisent as it further develops this exciting new mobile technology. Our SMART: SCOTLAND grants help SMEs tap into the support and resources available so that research and development projects can quickly get off the ground. We wish Trisent every success as they develop and market their unique diary app."

Steven Wexelstein, co-founder of Fife-based, Planys Mobile, Trisent's development partner said, "How many people wish they could keep a diary but don't have the time? Initially, this product is aimed at the lifestyle app market but there could be exciting extensions in the tourism and business app market.

"We are delighted to be working with Trisent on this project as we see a massive potential for the diary app as well as other apps that can be built on Trisent's core technology. More often than not, the focus is on technology companies in Edinburgh and Glasgow so it's good to see technology developments in other parts of Scotland; here is a Fife-based developer working with a Fife client such as Trisent ".

Early versions of the app are soon to be tested in a closed test community. In early 2017 the first beta version of the app is to be launched for testing by a controlled number of selected beta test partners. Early adopter beta testers are now being recruited via the company's web site (http://www.trisent.com).