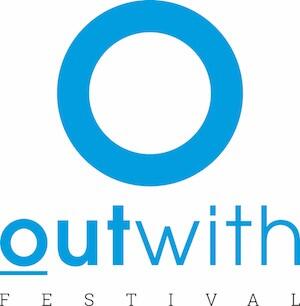 Outwith is organised by bids company Dunfermline Delivers, along with arts hub Fire Station Creative, culture magazine Avocado Sweet and local author, Caroline Copeland. Caroline, who brought together the literature line up for Dunfermline Delivers said: “There’s something here for book lovers of all ages. Each of our book events take place in an intimate setting, and they provide a great opportunity to engage with some fantastic writers.”

Events Manager at Dunfermline Delivers, Chris Foote said: “I’m delighted that in the first year of the Outwith festival, we are able to host such a diverse list of award-winning authors”.

Alan Bissett
Alan Bissett is one of Scotland’s greatest novelists, playwrites, and performers. Alan has received many awards for his writing over the years, including the Glenfiddich Spirit of Scotland, Scottish Writer of the Year Award; and Scottish Arts Council, Best Novel of the Year Award. His novel, Pack Men was described by Irvine Welsh as a 'landmark in Scottish literature'. Alan will be performing extracts from the funny and much-loved Moira Monologues, featuring “Falkirk’s hardest woman!”: as well as reading from his latest book Collected plays. This is sure to be an entertaining performance.
Saturday 9 September, 12.30-2pm, The Canmore, Tickets £5 plus booking fee

Angela Jackson
Fresh from her acclaimed run at the Edinburgh Fringe, award-winning author Angela Jackson will be performing The Darling Monologues at the Outwith Festival. Described by critics as “a tour de force”, “comic genius”, and “Alan Bennett in his female form”: The Darling Monologues introduces you to three characters, Lily, Sadie and Ruby, who share their secrets of relationships, sex, birth, infidelity, and Russian Red Lipstick.
Angela’s debut novel, The Emergence of Judy Taylor, was awarded Edinburgh International Book Festival’s First Book Award in 2013, and was selected as Waterstones Scottish Book of the Year. Angela’s second novel, The Darlings, will be published in 2018.
Sunday 10 September 2.30pm, The Canmore. Tickets £5 plus booking fee

Isla Dewar
The acclaimed fiction writer, Isla Dewar, author of Women Talking Dirty (made into a feature film starring Helena Bonham Carter); Getting out of the House; and The Woman who painted her Dreams. Isla explained; “I’ll be chatting about the subject of impossible, bossy or just difficult but also admirable women. Wimmen. Do we secretly long to be a bit over the top in our demands? Do pushy people always win and are they happier than less demanding souls?”
Sunday 10 September, 1pm, The Canmore.  Tickets £5 plus booking fee

John Cairney
John Cairney, well-known Scots actor and author of The Tycoon and the Bard, and Carnegie International Fellow Angus Hogg discuss how the richest man in the world was inspired by Scotland’s greatest poet. The event concludes with a free glass of wine, meet & greet with the author and book signing.
Friday 8 September, 6pm-8pm, Andrew Carnegie Birthplace Museum, free but ticketed

Richard Jobson
Richard Jobson shot to fame 40 years ago as a singer songwriter for the punk band, Skids. Since then he has proven to be a true renaissance man, enjoying a successful career as a TV presenter, producer, film maker, critic, writer and artist. For the Outwith Festival, Richard will be hosted by Fife artist, Ian Moir.  Richard will be reading from his new novel, The Speed of Life, a fantasy about two space aliens who travel to planet Earth to find David Bowie. He will also read from his short, autobiographical story, 16 Years of Alcohol.
Friday 8 September, 8-9.30pm, The Canmore, Tickets £5 plus booking fee