An Abundance of Awards 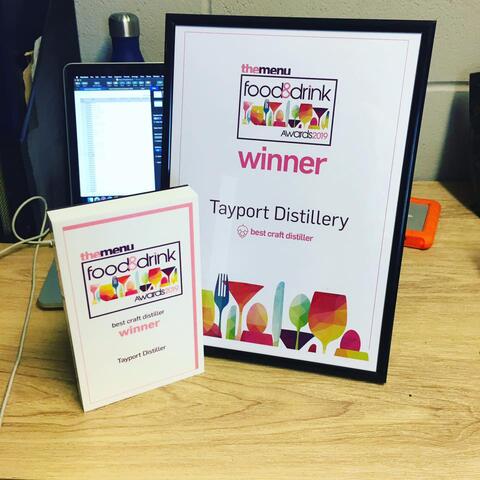 It has been an amazing few months for businesses in Fife, with a huge number recognised for innovation, best in class, and for offering first-class service.
The Fife Business Awards was a prestigious awards ceremony celebrating the best in Fife. James Donaldson and Sons Ltd (Excellence in People Development – more than 20 employees) and Leviton Network Solutions Europe (Outstanding Business Award) were amongst the winners, to name just a couple of the local success stories.
Paywizard’s Singula subscriber intelligence platform has been shortlisted as a finalist for the IABM BAM Awards, which recognise broadcast and media innovation.
Congratulations to the Fife-based food and drink companies that scooped Menu Food and Drink Awards, organised by The Courier. Sixteen Fife businesses were nominated as finalists, with three businesses securing wins (Tayport Distillery – Best Craft Distiller; The Adamson – Cocktail Bar of the Year; and The Criterion Bar – Pub of the Year) and a further two businesses being highly commended (Zest and Balgove Larder in the Coffee Shop of the Year and Farm to Fork categories, respectively). Owen Hazel, co-owner of Jannettas Gelateria in St Andrews was honoured with the prestigious Judges’ Choice: Brand Ambassador award.
No stranger to awards is Balbirnie House. It’s won Scotland’s 2019 Wedding Hotel of the Year, at the Scottish Hotel Awards, for the 13th time.
At the Scottish SME Business Awards, which recognises the strong and innovative SME businesses, Glenrothes-based Eros Retail won the Team in Business award. Well done too to Fife’s SME finalists - The Little Herb Farm (small business of the year); Craft Maltsters (family-run business of the year); Scaramanga and Todd Fish Tech (Unique Business of the Year); and Allson Wholesale (Business of the year – under 100 employees).
Dot Coach CiC’s Know You More coaching programme, which develops young adults and early careerists taking the step into employment, enterprise and community development, has been awarded an International Award for Coaching from the European Mentoring and Coaching Council (EMCC).
And finally, the Fife Employment Access Trust (FEAT) has won a Centre for Social Justice (CSJ) Award for its work supporting those with mental health problems to find employment. The prize included a £10,000 grant and promotion of the organisation’s vital work before an audience of influential politicians, journalists and philanthropists.