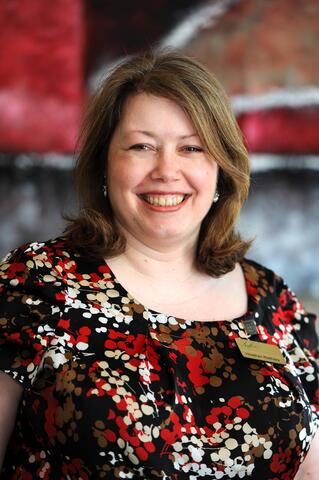 With just six weeks until the AA Hospitality Awards, the finalists for four of the categories have just been announced by the AA, and we at Rufflets are delighted to have our Head Housekeeper, Heather Rothery short listed for the AA Housekeeper of the Year Award.

Following 26 years’ service Heather is ‘honored and excited’ to be nominated and everyone at Rufflets is backing her all the way!

This annual award, sponsored by Aslotel Limited recognises outstanding commitment and performance, identifying a housekeeper who goes above and beyond the call of duty.

Heather has some very worthy competitors with the other two finalists coming from Kettering Park Hotel and Crewe Hall.

The AA Hospitality Awards take place on 26th September at the Grosvenor House Hotel, Park Lane, London and will see 23 winners receive their awards as well as the announcement of the new three, four and five AA Rosettes and AA Red Star establishments.  Following Rufflets’ success last year at the event, being named AA Scottish Hotel of the Year, Rufflets are delighted that Heather has been shortlisted and are very much looking forward to returning to the event.