A unique kitchen equipment cleaner which began life with three deep fat fryers and an old oven rack has become a massive European success story for its Dunfermline-based owners.

Connect Ecosystems Ltd is on target to increase its turnover by 40 per cent this financial year after securing distribution deals with Spain, Portugal, Ireland and France – and Germany, Austria and Switzerland are next on the hit list.

The company, which has been helped by Business Gateway Fife and Scottish Enterprise, supplies carbon removing machines to the hotel and catering industry and believes the European push will see its turnover rise from £213,541 (2011/2012) to £300,000 (2012/2013) with a projected 50 per cent increase the following year.

David Williamson, Owner, Connect Ecosystems Ltd, said: “We’d never sought the European market but distributors started to approach us via our website. From the start Business Gateway realised our potential and helped secure funding to build prototypes, without which I can categorically say the business would have failed.

“If I had to put a price on the advice given to me by my adviser at Business Gateway and my export adviser at Scottish Enterprise I’d say it would have cost me £100,000 each in salary and I’ve been given it for free. If more companies in Scotland would access the free support they offer our economy would be booming."

Set up by Mr Williamson and Margaret Doig in 2004, the business sells the Xcarbonator machine and chemicals which safely and efficiently removes burnt-on fatty carbon from “hard-to-clean” kitchen equipment and utensils commonly found in commercial kitchens.

Carbon is a huge problem in commercial kitchens as it can harbour harmful bacteria from rodents and insects. The substance is also flammable and has been known to ignite chimney and ducting fires.

David Howie, Business Adviser, Business Gateway Fife said: “The Xcarbonator, which is manufactured in Glenrothes, saves money, increases staff productivity, improves hygiene and ticks all Health & Safety regulations. Initially we helped the company draft and implement its business plan and our assistance with funding has proved vital to its success. We’ve also provided assistance whenever a hurdle has arisen and are delighted the company is going from strength to strength.”

Although there are other carbon removing machines on the market, Xcarbontor is the only device to have a patented built-in safety lifting mechanism and uses non-hazardous, non-caustic chemicals.

Mr Williamson said: “We are a forward thinking company and knew right from the start that we wanted to offer an environmentally friendly blend of chemicals to set us apart from our competitors. Initially I blended my own chemicals using primitive fryers from Argos and filthy, carbon soiled old roasting trays from a local hotel.  It took six months to get the most effective blend and the chemical mix provides us with a secondary revenue stream as our customers have to buy it directly from us.”

For more information on how Business Gateway can help your business grow and prosper visit www.yourbusinessgateway.co.uk or call 0845 609 6611. Alternatively contact your local office on 01592 858333. 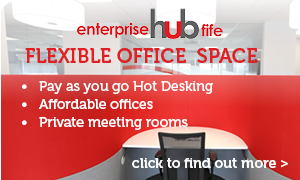